Front:
Could be a D1 tube with my original swivels bolted on?
Wide (52MM radius arms)
Caliper non-vented
Pins for Pads (appear to be too long, maybe for vented calipers?)
Swivels (could be anything, would like to do the swivels and preloads while I am doing it)

I'd like to be able to do the following:

looks like a normal D1 front axle to me based on the ABS sensors and brakes. if the rear has ABS sensors also likely the same.

copleymotorcars said:
looks like a normal D1 front axle to me based on the ABS sensors and brakes. if the rear has ABS sensors also likely the same.
Click to expand...

I don't see any ABS sensors on them, don't they fit behind the caliper?
C

on the front they fit in the top swivel pin which i think i see the remnant of unless i'm mistaken.

Did the bearings last weekend, did the drop arm balljoint (super easy to do in the vehicle, might have taken me like an hour).
After that I still had a bit of a wobble, my steering bar boot was torn so I replaced that.

And after all of that, including replacing the steering balljoint I finally found the culprit: 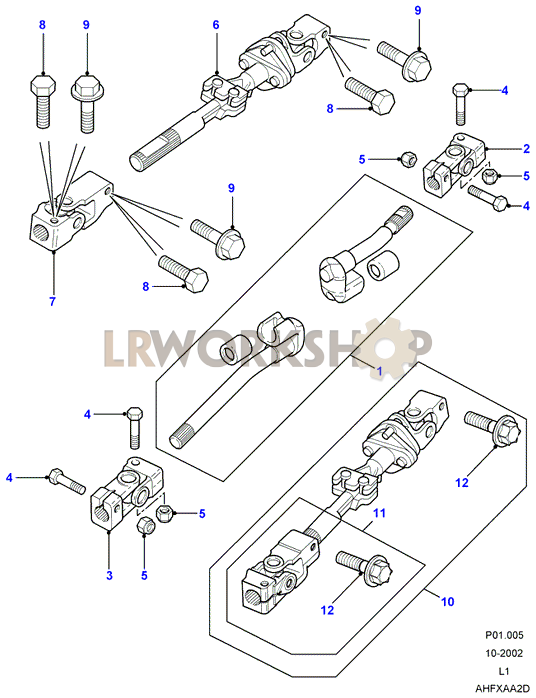 #1 in the photo (main steering shaft) was actually installed upside down, made the steering geometry between the steering column and the steering box terrible. Since the bolts 'lock' the U-joints (#2/#3) into place there was no risk of them 'falling out' but essentially it caused the u-joints to fail causing a bit of play in the shaft. All of this combined with the shaft being loose definitely caused the failure of both the drop arm ball joint and the steering arm end (#3 below). 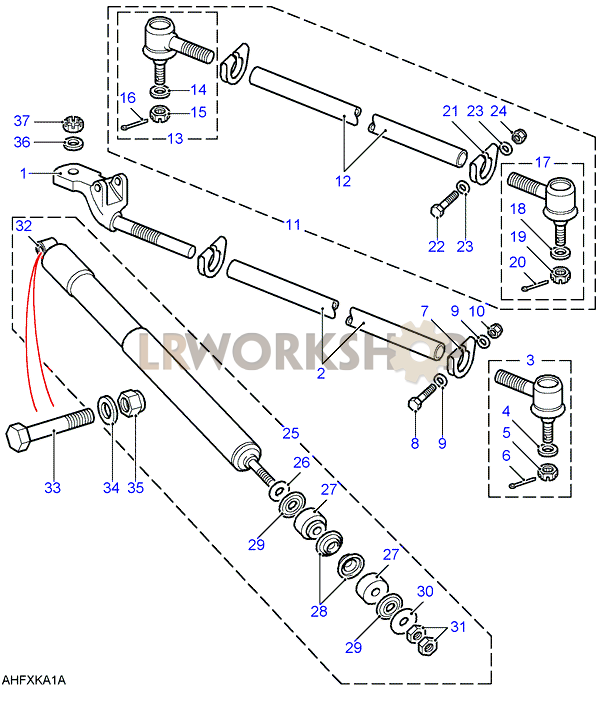 Fixing this upside down arm, tightening the bolts on the arm has removed 90% of play in my steering (went from 8 degrees to about 2). I presume when I install the new u-joints on the arm (#2 and #3 in the first diagram) that should about take out the rest of the shake.

The original poster of the video noted that the steering arm u-joints had failed and after I inspected it was clear that was the cause.

Long story (well, still long) if you have a wobble it might be a good idea to check that arm for play. It forced me to do my wheel bearings (long overdue) but ultimately I think it ended up costing me a lot more in pre-mature failure of components that simply shouldn't have endured so much undue wear because of improper installation.

When in doubt check out LRWORKSHOP.COM for your diagram, it can be a lifesaver.
You must log in or register to reply here.