So….lying awake in bed this morning trying to figure out why there was so much wear on the rocker arms.

The entire rocker assembly was installed 180 reversed!!! Seriously. Meaning the tappet adjuster was on the valve side, not the rod side. I didn’t notice when I removed the rocker assembly. This explains the excessive wear on the arms themselves and why an adjuster broke.

Not sure how this could have occurred and gone unnoticed at M&D or the place they get their heads from.

Staff member
@Wolf Fabrication Did you pull anything?

javelinadave said:
@Wolf Fabrication Did you pull anything?
Click to expand...

Yep. A lot! Actually got this all closed out this weekend.

To correct my post above, I was drunk. The rocker assembly, while symmetrical and able to be reversed, was NOT reversed on my engine. It just had excessive wear from someone likely adjusting the valves way too tight.

Fixed the rocker arm issue, reassembled, and test drove, hoping that fixed the issue - nope. Regained power and corrected some smoke, but the motor still had massive overpressure.

Ended up pulling the head to replace a mushroomed tappet slide and check the head gasket. Replaced valve stem seals while I was in there. Gasket was a laminated steel type, so it was hard to see and distinct failure. The head itself had some discoloration between the cylinders and the coolant channels though. Pulled oil pan and resealed. Literally no metal in the pan. I think the oil filter caught it all.

BUT, when I compared a new cyclone breather to my old one, my old one didn't perform the same, ie one side had zero flow. This, coupled with diesel contaminated/thinned oil caused my overpressure and oil pan leak.

With everything buttoned up [and relearning that you have to bleed injectors and the cooling system...], the truck runs awesome. ZERO smoke, no leaks, and no over pressure.

Bright side it that it wasn't overly expensive to fix (except for $450 for OE rocker arms and tappet screws).

Here are the culprits: 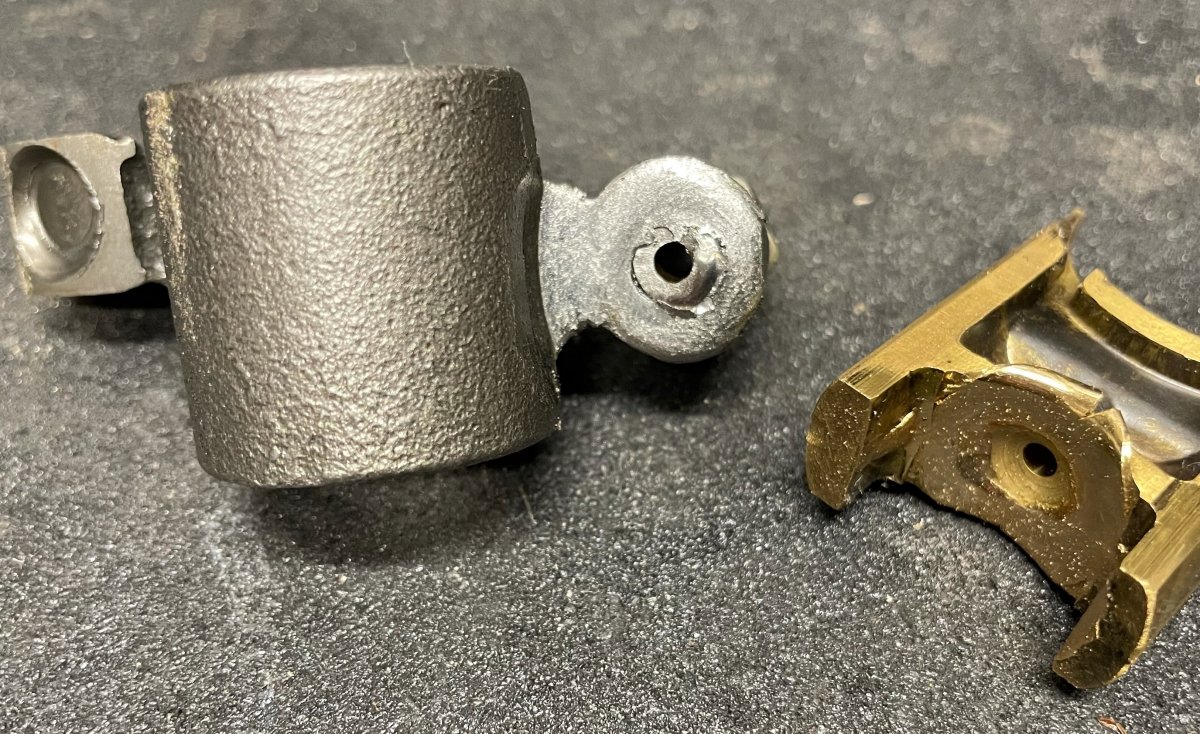 Also when you in when you install the new tappet slide there is an "f" cast into the bronze. That side faces the front of the motor.
Last edited: Sep 7, 2021
You must log in or register to reply here.