1993 is the only year TEAM USA won the Camel Trophy in its 20 year history, with legendary Discovery drivers Tim Hensley and Michael Hussey. This Defender 110 was a Marshal Vehicle that very same year.

K317 YKV has lead a very interesting life. This vehicle and its history are well known by the Official Camel Trophy Club in the UK. There are several parts of K317 that are not original such as the roof rack and seats. There are a few Camel Trophy parts that are missing, which can easily be acquired such as...pick ax, shovel, sand ladders and limb risers. This vehicle currently runs very well and shifts smoothly. The timing belt history of K317 is unknown to the current owner and should be replaced by the next owner. There is no heater box installed in K317 or battery kill switch. Headliner is new. There was previously a sunroof installed. An aluminum patch now covers the hole.

K317 is located in Wake Forest, North Carolina, 20 minutes from Raleigh-Durham International Airport(RDU) and is available for viewing. Prepurchase inspection is highly recommended. A Dropbox album with 170 photos is available.

Thank you for viewing this listing. 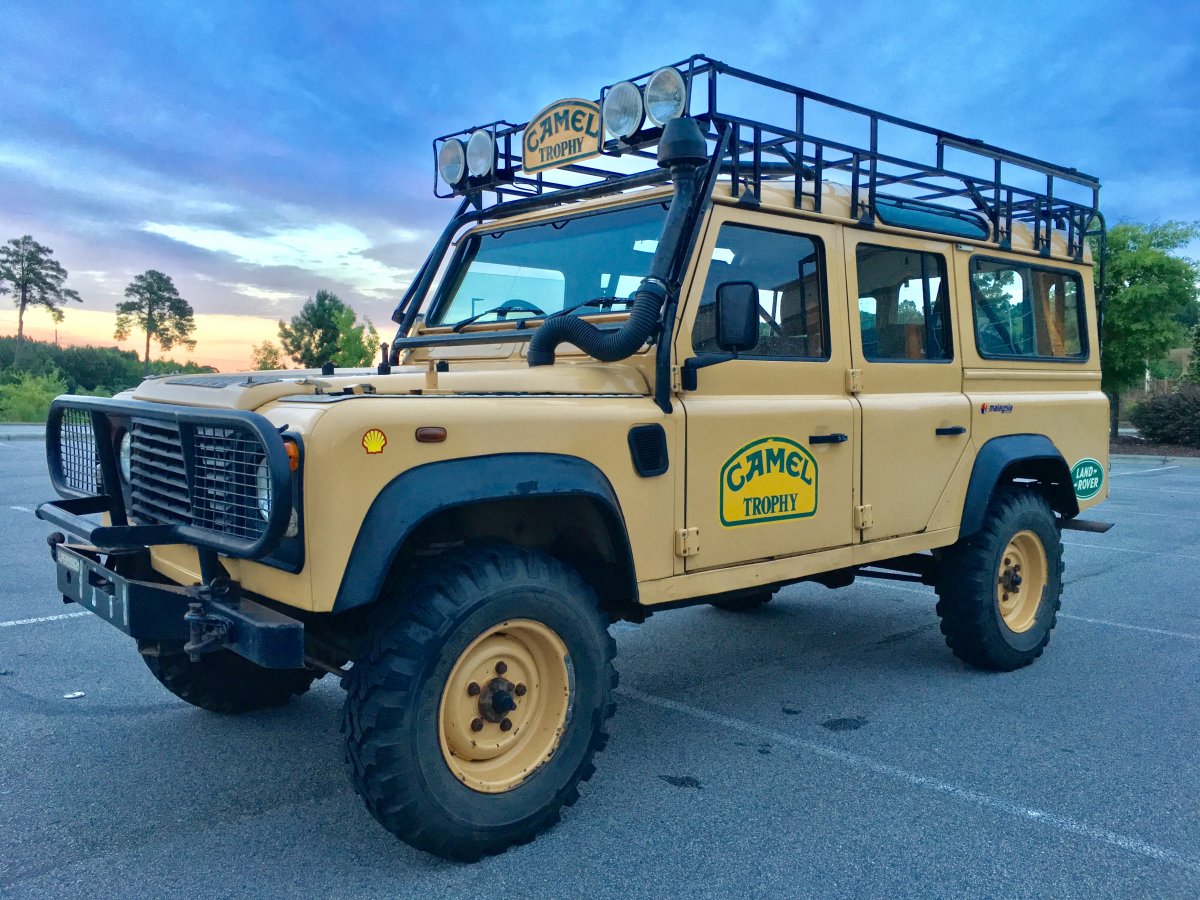 this is in amazing shape. good luck with the sale, thanks for sharing.

WreckITFrank said:
this is in amazing shape. good luck with the sale, thanks for sharing.
Click to expand...

This truck has been at my house several times- I will vouch for it being in great shape and the 200TDI runs very smooth. I will miss seeing it around!

Callsign: KO4FIC
Great looking truck. GLWS. Hope it stays in N.C. and we see it in Uwharrie some time.

Hope the English number plates go with the vehicle.

Actually do not have the original number plates. Does anyone know of a good source for a new vanity number plates?

The original number plate is available in the UK, has not been reassigned. If you shipped the truck back to the UK you could probably get it!

You can contact any company that makes them and order them. Don’t think you need the registration.

mgreenspan said:
You can contact any company that makes them and order them. Don’t think you need the registration.
Click to expand...

I tried a company in the UK and they wanted the V5. And stateside I found someone that made the front plate, but not the yellow back plate. And the font was not the same on the one I found.

I can try to ask a shop in person next time I’m there. Do you have the export documentation? They might take that.

Licenseplates.tv is where I got my Alfa number plate. Expensive but nice and good service as they made sure I got what I really wanted. They didn't just send out what I ordered (wrong) as many other places would have.

They are really strict about replacement plates over there.

I had a set made for my Series 3 by a company that was on eBay. Worth taking a look there.

Sold
You must log in or register to reply here.