Rod came off the back door latch, Help

Hi folks. I am in the process of installing the central door lock system on my new rear puma door.

I got the correct harness for it. And the smalle parts needed the actuator is already installed . Now there's a smalle rod that goes into the top portion of the latch on the inside of the door. when I bought a new latch it came with the rod separate...I called rovers North asking if they could help me figure out how to reinsert the rod into the latch and their response was that it was very easy to do and I should be able to figure it out...But I can't.... the latch does not come apart for me to be able to see the inside to figure out how to thread The S portion of the rod into the lock mechanism so that it stays put.Does anyone have experience with this?

Looks like it broke. I actually cut that rod when fitting to my non cdl door panel.
O

John Z said:
Looks like it broke. I actually cut that rod when fitting to my non cdl door panel.
Click to expand...

Hi. The rod came separate in the box. I've shown it to one tech who said its a bit of a pain to fit back in but its possible. I have another latch kit I may cut open so I can get a look at the inside, but rather not. I'm gonna try a borescope camera to look inside it next.
A

With the help of Wk2burner I knew where to look. I have a new aftermarket latch and I was able to look inside with the help of some smalle led's and a magnifying loupe and I saw that the OEM that came with my new door did not have a small cylinder that holds that rod in place on the lock mechanism. Will be ordering a new factory latch.
O

Thanks folks, all good now. 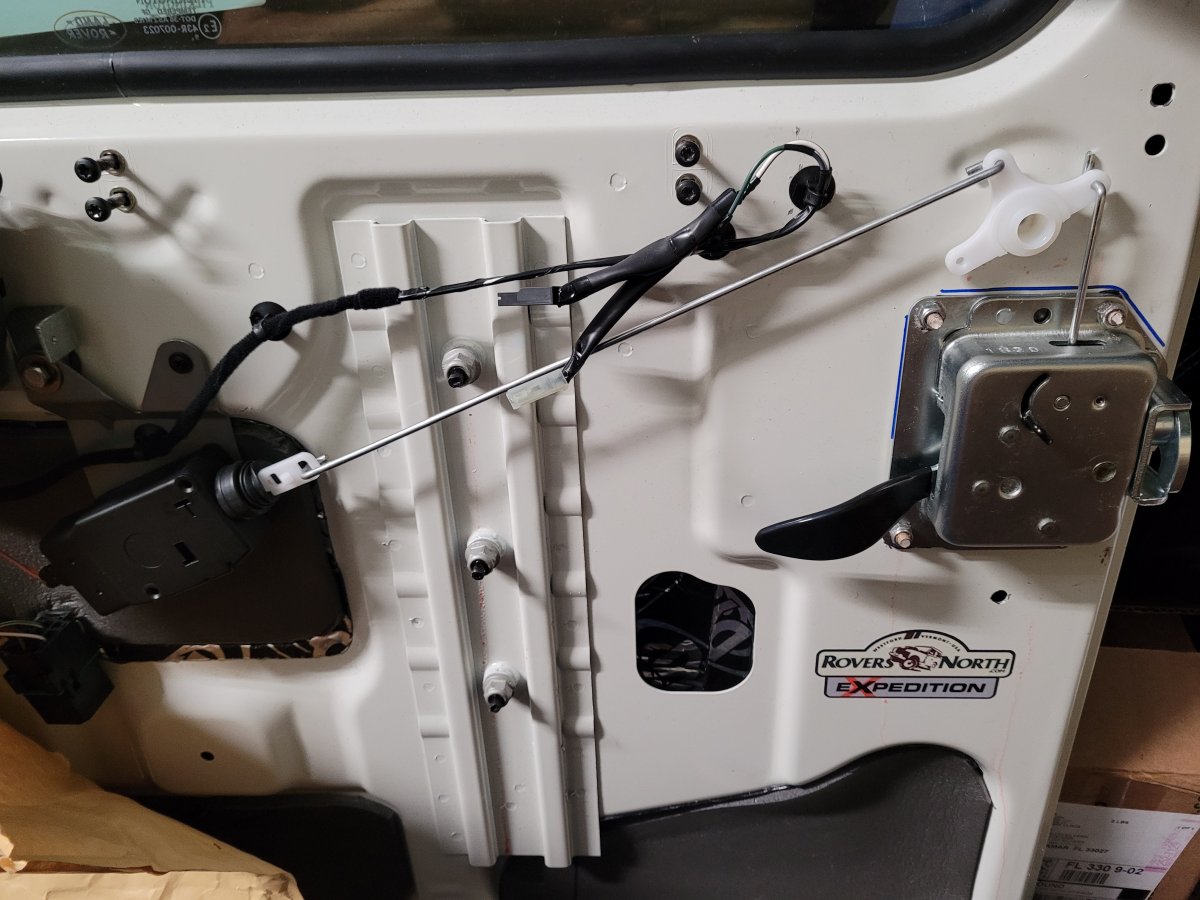 How To Re-Key a Door Lock Cylinder

O
Where to find a complete Parts and Diagram manual for 2007+ Defender 90?