So I will admit in advance to being woefully illiterate when it comes to motors. I should learn more, but right now I'm starting at zero.

My issue today is my rear (UK Spec D90) wiper motor. I would not describe it as inoperable, but more rather "lazy". If I turn the wiper on, it usually moves about a half inch... and then nothing. If I leave it on, perhaps five or ten minutes later it will move another inch or so, and then no more. Sometimes, but not always, on a twenty minute drive it may start working with about five minutes to go, but as many times as not I'll be home, and the wiper will be at the half way point. If I leave it on, I can "push" it to the right position, and if I'm lucky it will run long enough for me to run back inside and shut it off to park the blade. More likely, it will go through half the cycle before I can get to the switch, and then stick. Of course, if I shut it off and then try and push it home, there is no current, and you can't push it. When it's "on", it pushes with a fingertip. Lazy motor just needs a little help.

My first thought was "clean the old, gunky grease out and replace with new grease", but when I pulled it off, the grease seemed just fine. Then I thought "replace the brushes", but there I am at sea. I have no idea if the brushes are available as a separate part, and if they are, I would need a Romper Room style instruction sheet to replace them. Would I be best off simply sourcing a new motor, or is this a repairable piece? If repairable, are there better instructions available beyond "simply replace the brushes and you'll be set"?

To be clear: yes, there is voltage to the motor. Yes, it sort of works sometimes. No, it's not something mechanical in the linkages. It really seems to be a lazy motor.

The rear wiper motor on my 110 displayed the same symptoms. I removed it from the door, took it apart and found that the grease inside the crank was dried up and likely slowing it down. Additionally, the metal tube that the wiper shaft goes through was very rusty. I cleaned out and refreshed the grease and cleaned of as much of the rust from the tube and wiper shaft. It runs better, especially when the glass is wet, but I am still unsatisfied. I recently picked up a used, good condition wiper motor but haven't installed it yet. I'm hoping it works much better than my old motor. Hope this helps.

If you need an excuse to buy something cool and somewhat expensive, check these wiper boxes. I think @JimC is rocking a set, but will let him confirm. Only one piece of the problem, but some damn fine engineering. 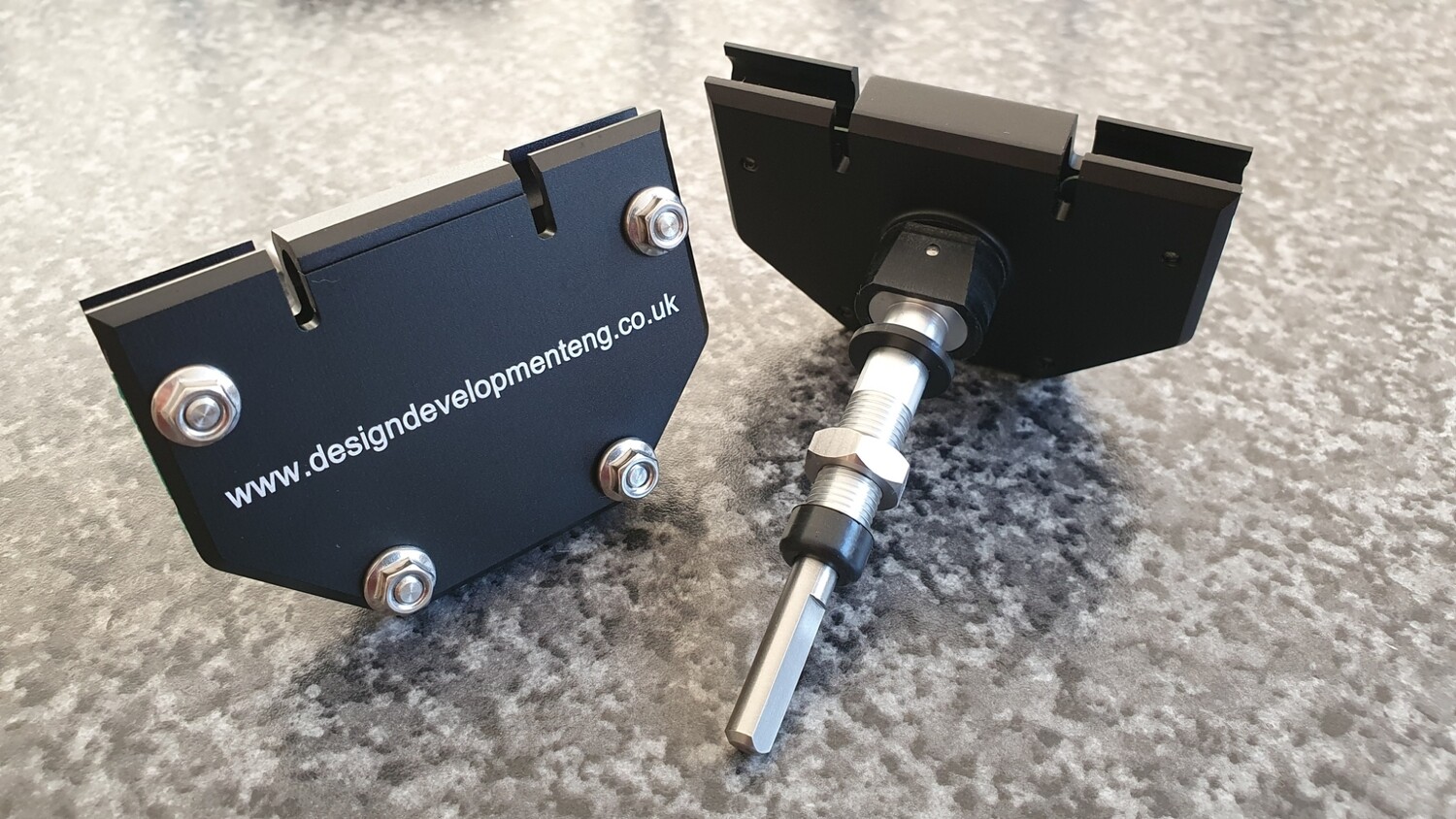 Land Rover Series & Defender Heavy Duty Wiper Wheel Boxes. Modern Defender wheel boxes a renowned for having so much play in the movement which can cause the wipers to slap and swipe of the end of the screen or to seize solid due to water ingress. We have re-engineered this product to eliminate...

i would strongly suspect rust/gunk as mentioned above. Also, check the voltage at the motor and make sure you are seeing ~12v. Otherwise backtrack system to relay and/or switch to find out where you are seeing loss. Under voltage also makes the motor sluggish— given symptoms I wouldn’t suspect it, but we are talking 10 seconds to check...

I’m not sure if the above wheelboxes will work on the rear, but certainly for the front—those are quite nice and I’ve debated them before!

Thanks guys. I will check it again. I've pulled it once, and the grease looked, well, greasy. Not gunky or rusty. Yes, checked, I think 12.6 volts, if I remember correctly. I think I saw a new motor listed on RN for $145 or so (rear motors different from front). I really wanted to spend that on other things (specifically, door seals). Priorities, decisions...

Have you removed the motor cover? Check this out:

WreckITFrank said:
If you need an excuse to buy something cool and somewhat expensive, check these wiper boxes. I think @JimC is rocking a set, but will let him confirm. Only one piece of the problem, but some damn fine engineering.

Land Rover Series & Defender Heavy Duty Wiper Wheel Boxes. Modern Defender wheel boxes a renowned for having so much play in the movement which can cause the wipers to slap and swipe of the end of the screen or to seize solid due to water ingress. We have re-engineered this product to eliminate...

GunPilot said:
Have you removed the motor cover? Check this out:
Click to expand...

Thanks. That is helpful! I will have to pull the cover as well, just to see. I thought that's where the brushes would be, but apparently (as he points out) they are a bit "higher". I'll have a look. The weather is supposed to be nice this weekend.

And it just keeps getting a little more embarrassing!
The video was helpful. After taking the plastic cap off, I confirmed the grease looked good. I tried running it to see if there were any "hang ups", and even tried tapping on the casing to see if that helped. All I noticed was a warm casing. I slipped the bottom cover off, to check to make sure the magnets were secure (like in the video). The magnets were secure, and while there was some surface rust on the bottom, and the bottom bearing was a little gunked up, it wasn't too bad. There was a little bit of voltage drop, but I think I might need something with a bit more quality than my $9 Radio Shack model. I read 11.8 volts at the motor... but also only read 12.29 at the battery. 12.29 shouldn't start the truck, but it does. So perhaps 11.8 is lower than reality too.
In any case... I was moving the wiper by spinning the motor with my fingers to see if there was a hang up in the plastic gear or the worm gear. It would move, get a little stiff, then move... wait! Did I really just see that? The wiper arm just dragged on the spare tire!

Yep, that was it. I put the motor back together, and pulled the spare. I backed the lock bolts off a couple of threads (maybe an eighth of an inch) and put it all back together. Turned it on. The electrics, wiring, motor, all that was always just fine. It was just getting hung up on the spare. When it "worked", it was when the spare wiggled a little bit and let the wiper by.

And that's what I learned about Rovers today.
You must log in or register to reply here.