1. I purchased 2 different gaskets. Use the Genuine/OEM pictured second, correct? It looks exactly like the one I took off, which was cracked and leaking. 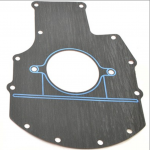 2. 1993 manual only mentions using RTV in earlier TDI engines with the "shallow annular groove". Mine is the later flat joint face. Is it recommended to use RTV still? If so, where? 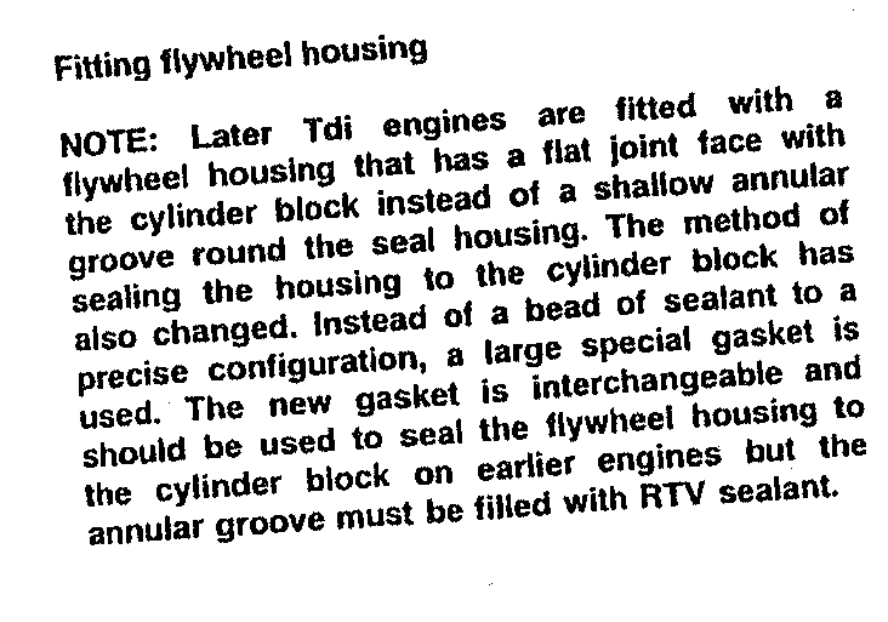 FYI picture formatting is not the same on everybody's PC or mobile device.

You should be using the dark gray one with the silicone stripes on it.

That being said this is most likely not the reason for your leak back here. 90% of the time that I run across this leak it's because of bad t seals. T seals are an engine out repair that's why many people skip doing them.

Formatting fixed.
The engine is already out so I’m more than halfway there already. Doing the T Seals is really the last thing I want to do though. I’m more worried about them being fine and me trying to redo them making them worse than them leaking right now but I’ll regret it if I get the engine in and it’s leaking all over the place.

Where can I find the guides? Anyone have a pair I can buy/rent/borrow? I suppose I can make them if I have to.

you really really want to do it now...trust me. If its leaking there, they arent fine..they suck and are the worst part of the TDIs. closely followed by the crappy 200 PS pumps and the 300 vac pumps

Buy a set of cheapie feeler gauges and use two of them to install it, toss them when you are done. I currently have a guide block set that another member made from scrap metal. Both will work
L

When I remove the ladder frame, can I take it off without removing the oil pump? Looks like it there will be room to pull it off around the pump. If not I'll need the gasket (ERR 3606).

I'm placing an order from Turner for the following:

Everywhere else (ladder frame to block and sump) use Black Right Stuff.

Oil pump must come off .

You might as well buy a complete bottom end set from an earlier engine and get the legit dowty seal with it, for less coin

When you remove the oil pump the driveshaft for the vac pump may come with it . Mark it's orientation in the pump body to make it easy to reninstall without having to jiggle it around .
You must log in or register to reply here.
Share:
Link
Top