So I've been procrastinating on doing real work to get my truck on the road by setting up an old cell phone as a Head unit and monitor/ info center.

I have a Ulephone armor 3 that is just too heavy for regular use. Its a skookum phone that has a HUGE battery, PTT functionality, FM radio, android 8. Only drawback for this purpose is that it utiluzes USB C and has no dedicated audio jack which presents obstacles to the functionality of the FM radio.

The phone is set up with an alternative UI app, car launcher, which provides s car friendly UI and some automation options.

Music (FM radio, spotify etc) is routed to an amp with Bluetooth connectivity. This amp also can simultaneously connect to my personal phone to accept calls.

The phone doesnt have a sim card so any internet connectivity has to come via WiFi or tethering however any needed apps that dont need internet work great.

In order to manage the power and data connections it is connected to a USB C hub with fast charge power passthrough, usb a port, and 3.5mm headphone jack among others.

Reverse camera function is captured by a 'easy cap' device and the app NextCamera. Finding the right app was a challenge. This was the only app that i could find that display the image and allowed for automatically launching and closing the app on signal detect/disconnect. However the signal is detected as soon as the cap device is connected. In order to have the image only come up when the truck goes to reverse i had to use an OTG usb splitter cable. These draw power from both the device and an external usb source to the usb peripheral. To power the ezcap only while in reverse i snipped the power wire on the device side of the splitter so now power comes only from external usb source and the device side of the splitter only transfers data. I wired in a power outlet with usb that only gets power through the reverse switch much like the camera only gets power in reverse.

FM radio took a bit of work. Antenna is provided through the headphone jack. I cannected an rca to 3.5mm adapter to the hub and then connected that to an external extendable Arial. This provides adequate signal but the phone itself wouldn't detect that headphones wereconnecred through the hub and thus would not launch the radio app. To solve this i use an app called lesser audio switch. This lets me tell the phone that it has headphones plugged in. The radio app itself lets you select where to direct audio output.

In order to keep the phone from running dry on battery I'm using an app called macrodroid. The power passthrough is connected to a usb source that gets power when the truck is on. When the phone is not receiving power the app sets airplane mode and turns off the screen.
When the phone receives power it turns the screen on, keeps it awake, launches the Car launcher ui.

Still some wiring to go but system seems functional so far.

I love stuff like this, but why not a DIN installed Android head unit? The built-in amps are garbage but you already solved that with a seperate amp. This would solve your FM issue, your power management issue, your reverse cam issue and you can even deliver internet to it in the same way (if you didn't want a dedicated USB cellular dongle).
J

I went with a joying headunit and the mud console

Mine is a series truck. Not a lot of dash room for anything.... Also just wanted to see if i could do it.
J

I was similar, unbranded Android in Mud (but its installed on the top with the screen tilted) 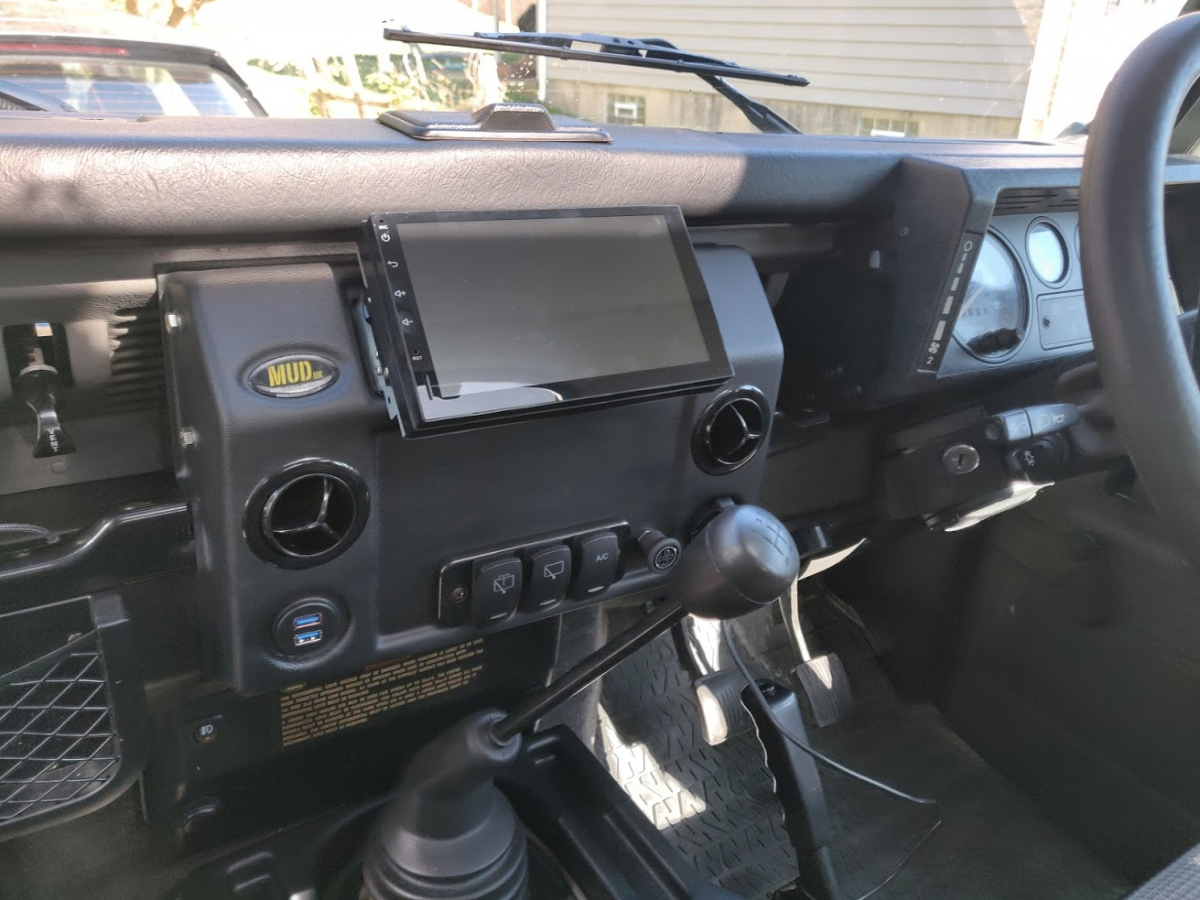 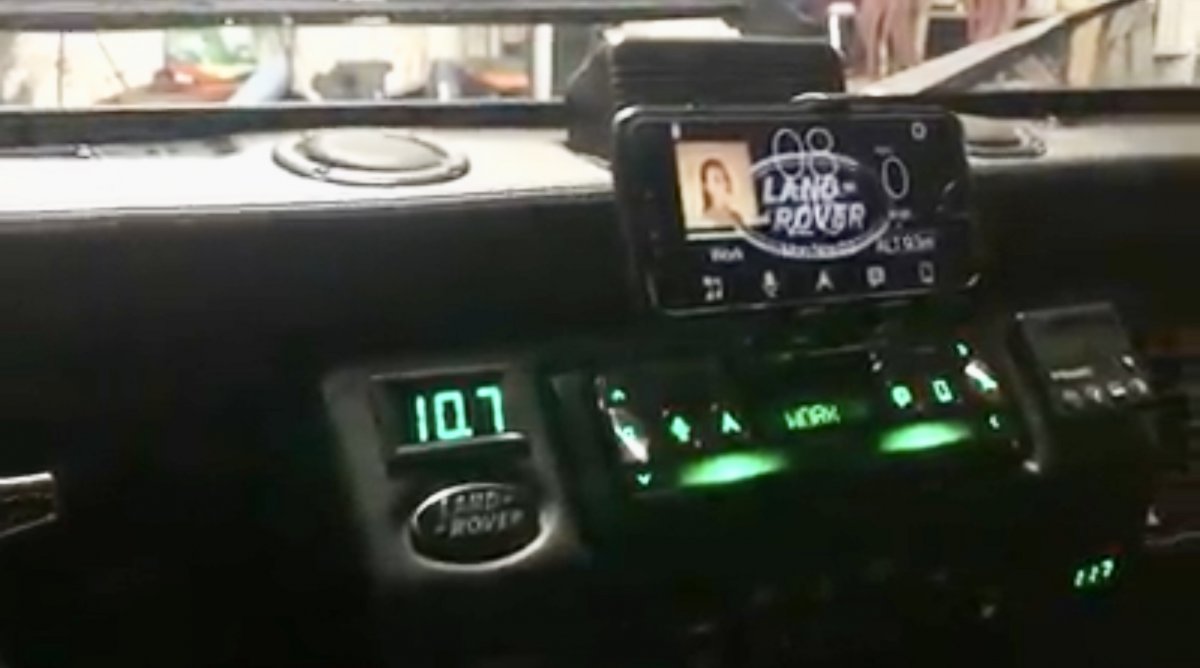 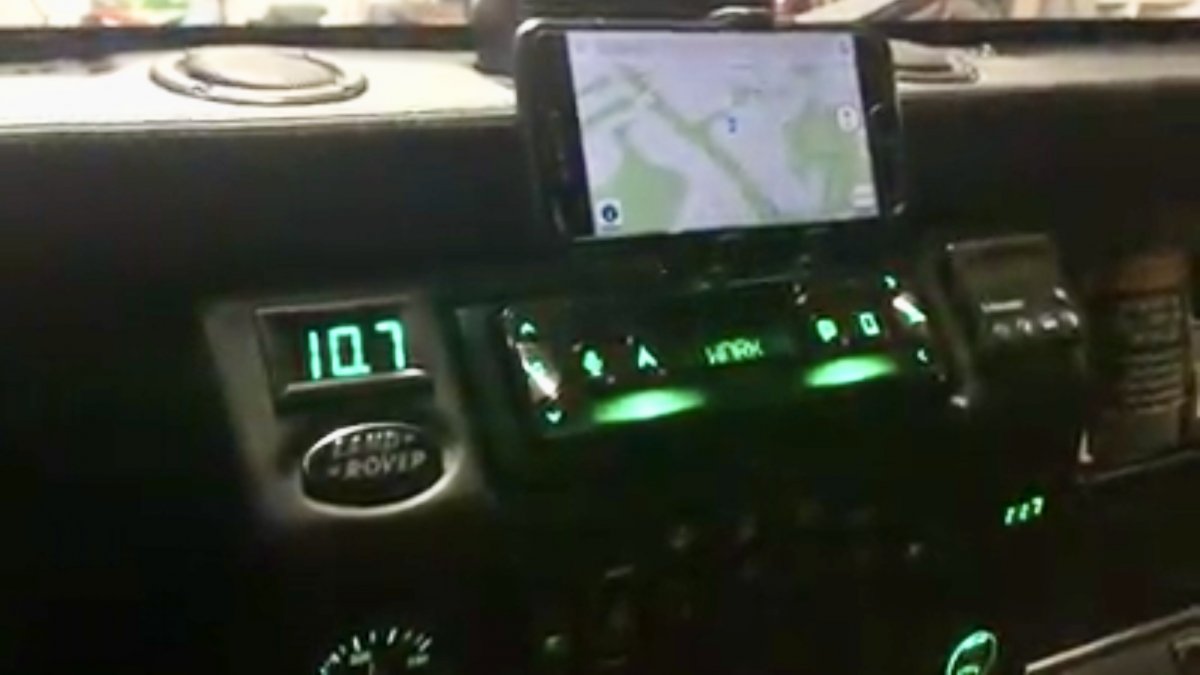