I think this posting is important to put in the 'for sale' section, as that's the place where most interested buyers - especially new ones to the forum - are likely to look for information and Land Rovers for sale. If moderators feel otherwise, please relocate to the appropriate forum.

I set out last spring to do something I've never done before: buy a vehicle to hold onto forever. This plan arose after the passing of my mother, who shared my affinity for Land Rovers. Of all the ones I've owned, her favorite was my '67 NADA that I redid in Pastel Green. At the time of her passing she had two cars, so I sold one to finance the build and my father kept the other as it was one of her all-time favorites (a special build Audi S5 manual).

Finding a "forever Land Rover" isn't easy when you're looking. They seem to appear at inopportune times and the good ones go quickly. Very fortunately, while I missed out on two potentials, those contacts led me to Olivier Bos of Oliver's Classics (handle: Forest). Let me mention from the start that I am skeptical of Land Rover sellers, whether private or retail. My first two Land Rovers thirty years ago were bought from two sharks (architects, actually)... the first one sold me an 88" with a "perfect frame" ("you gotta look at the frame on this thing!"). A year later, it split in half on RN's lift - an event that led to discovering that it had been bondo'd and painted. Lacking intelligence, I replaced it with a '70 IIA that had a motor with similar deficiencies, but went on to be a reliable daily driver for 9 years.

Returning to the story, my original intention was to buy from Johan, as he had sold me a fire tender from France a few years ago - a 1991 Hi Cap 200 Tdi with 8,800 original miles. The experience was truly one of the easiest transactions I've ever had and when the 110 arrived, it was far and away BETTER than Johan had described. COVID also caused an explosion in the enthusiast car market, Johan was pretty much sold out of options that I was interested in and candidly told me that the price of good ones in Europe had become almost cost-prohibitive.

My ideal Land Rover would be a 1983 or 1984.5 110 with split rear doors. Although the aesthetics of a SWB are preferable to me, I felt that a 110 would be the best long-term fit for me and my family. I was always told that the earlier 110s were better built - a fact later confirmed - and I wanted the 'look' of an early car. Finding one proved virtually impossible. Even to this day, after actively looking, nothing close fit the bill.

I stumbled across a sold listing in BaT with one of the few actually good-seeming Land Rovers - at a very attractive price. I vaguely recognized the name of the seller: oliversclassics. Returning to this site, I tracked down "Forest" (real name: Olivier Bos) and had one of those fantastic first conversations that led me to think that I might have found myself another Johan.

After several discussions and a prompt to talk with past buyers, I took a leap of faith and sent a sizable deposit on a 1986 fire tender. Still unsure about which direction to go (I kind of liked the roll-up side panels), it was decided that Oliver would strip the vehicle down to the frame - leaving all of the mechanicals alone - and do a cosmetic rebuild in the style of my Series IIA NADA.

To be clear about the mechanicals: I have been lucky enough to own a few low mile Land Rovers, including two NAS 90s bought new, and know that they're only original once... the "feel" of an untouched Land Rover is unique and very difficult to replicate if totally disassembled. Given the miles on this one (7,800), I figured that I could address any deficiencies myself when it arrived.

Here's where the story turns into a 5-star review of Olivier Bos, his brother, and Oliver's Classics in general. I threw so many curveballs at him at the early stages, I fully expected him to return my deposit... but each and every time, he responded with genuine enthusiasm and eagerness to please me. For instance, I knew that I wanted high-back middle row seats and really don't love the aftermarket. Could he source me a PUMA body to replace the fire tender and fit proper, folding, integrated-seat-belt middles, as I didn't want a 'cut' tub? He said he'd try... and did, sourcing an as-new tub and take-out seats.

Could he find me an upper/lower tailgate assembly - which would be very unique for a 110? Yup. Another as-new pair of cat flap/lower tailgate were located. As an example of his fastidiousness to detail, when later fitting, he contacted me and expressed dissatisfaction with the quality of the new Land Rover hinge parts. Holding the brand new part up against a rear crossmember with fitted loops, the difference was stark: the factory welded hinge was 2.5x thicker. Without hesitation, Oliver cut a pair off of another chassis and welded them to mine - leaving a factory-fitted appearance and solid base for the tailgate to hang from.

The ultimate example of detail came when I asked about fitting a sheet for the appearance of a tropical roof. Normally, I cringe at non-functional add-ons (i.e. my Tacoma double cab with a 'hood scoop' that led to nowhere was a peeve of mine), but wanting that 'look' of the NADA - and the paint combo of primarily Pastel with the sheet in Limestone - tipped the scale toward giving it a try. Oliver found a perfectly straight one and fitted to the ribbed roof in a way that looks factory-original.

From there, it was a hundred little details attended to: galvanized trim on the doors (again, non-functional, but done to match the look of a Series); building a step to allow bench seats to be fitted to the Puma tub; and squeezing in two late requests for a LaSalle fiberglass headliner and Safety Devices 4-point internal cage. Again, done with great enthusiasm, skill, and care.

The Land Rover arrived last week and just like my Hi Cap, it far exceeds my hopes and expectations. I have a virtually as-new Land Rover 110 that cost the same as many vendor's pre-restoration inventory. I have also fulfilled a lifelong dream of finding a lifelong Land Rover. I am over the moon.

Legit vendors are, as they say, 'rarer 'n hen's teeth" and I believe are well deserving of attention, as there are far too many enthusiasts left disappointed or worse, oblivious, to the junk that's being offered as "restored." If you're in the market for a Land Rover now or down the road, I unequivocally recommend Oliver's Classics - and if you're ever in Vermont, please PM me to inspect mine and/or discuss further my experiences with Oliver.

Staff member
Man, i love seeing projects as well-conceived as this. So many builds reflect nothing but parts book browsing and mis-placed enthusiasm for laser-cut things. You’ve channeled what’s great about series trucks into a great coiler that should warm the heart of the purist. Well done everyone involved!

the only problem here is insufficient pix...

vtlandrover said:
but wanting that 'look' of the NADA - and the paint combo of primarily Pastel with the sheet in Limestone - tipped the scale toward giving it a try.
Click to expand... 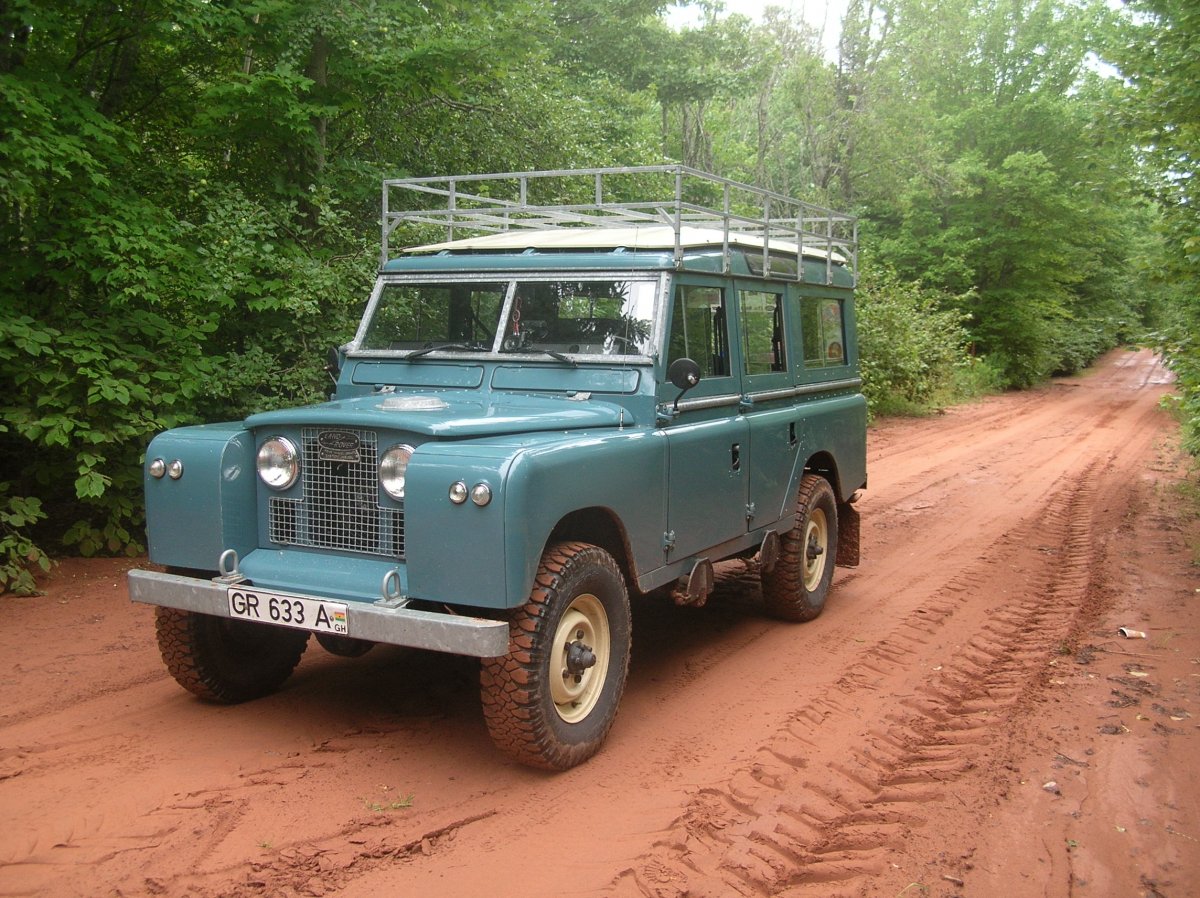 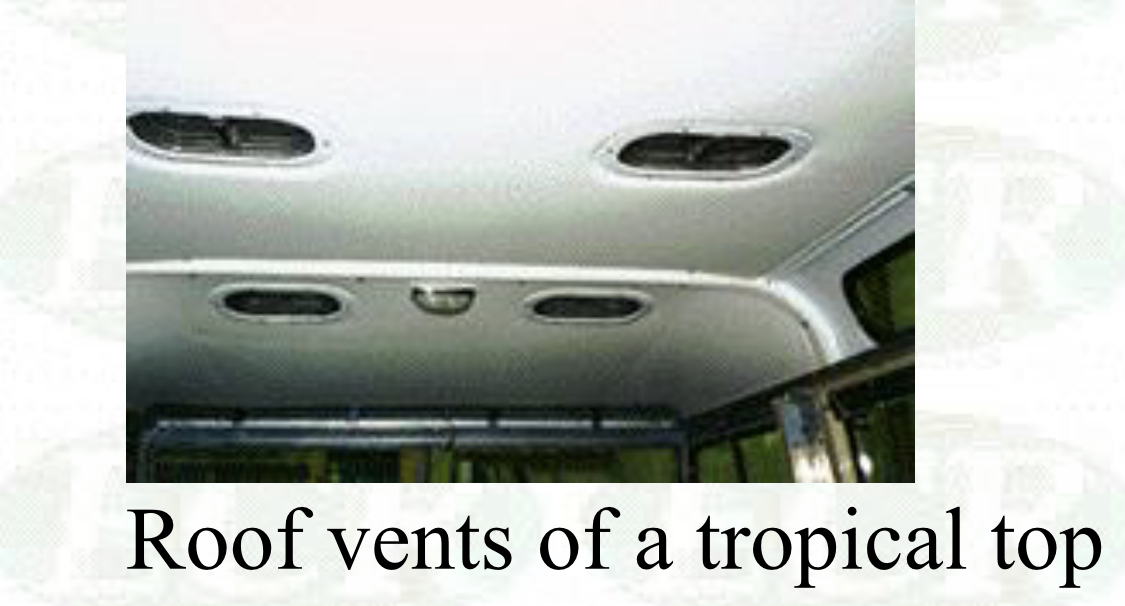 Blueboy also had 4 functional roof vents. With the front vents and the roof vents open there was a gale inside! Cool design. Some call it a Tropical Roof as well.
Last edited: May 7, 2021
5

Great story. I have not purchased from him (maybe someday) but I have interacted with him on FB and he is always genuinely enthusiastic and positive...always!

I also had a very good experience with Olivier. He is honest and very helpful. I have had several bad experiences so I have a good sense of buying a rover. I bought an '87 110 (former fire tender) with a full history of use and with just under 10,000 original miles. It is an absolute pleasure.

I remember that one for sale. Glad it went to a good home.
You must log in or register to reply here.